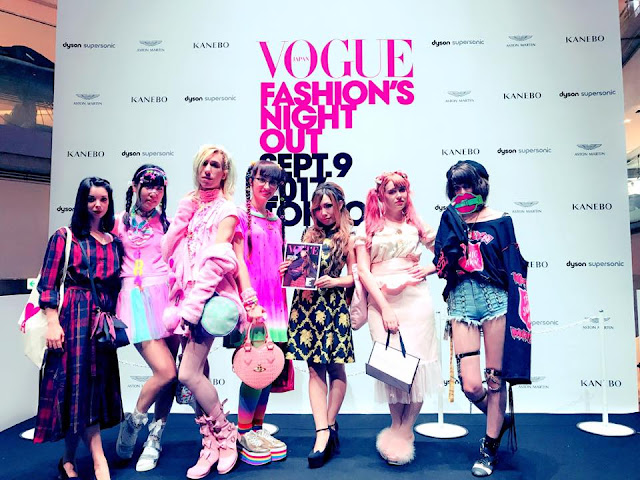 I have always been working at night so this is my first year of attending Vogue: Fashion's Night Out. I wasn't really sure what to expect but I just wanted an excuse to dress up.

I struggled to fix my hair as the hairstylist doesn't seem to know how to make proper volume. The only thing I kept was the braided hairband. Today I chose to wear my Jesus Diamanté dress I bought for my birthday and go for a more mature hime-gyaru look. (does this make it 女王ギャル? Joou gyaru? because it's more of a queen look than hime lol) It's been awhile since I went OTT with my hair and added heavier lashes for good measure.

I arrived around 6pm at Lafore and browsed the shops with Katie. Some shops were giving out free candy, food or drink. Lafore section of the event wasn't all that eventful so we left to chill around the front of Lafore where there was a live DJ preforming. We got interviewed by this lady with nice green hair and while we were waiting for everyone to assemble to head over to the Omotesando Hills section, Katie spotted this gothic/punk styled girl named Ashley. She was waiting for a friend who haven't shown up so we invited her into our group. 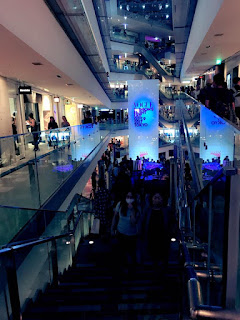 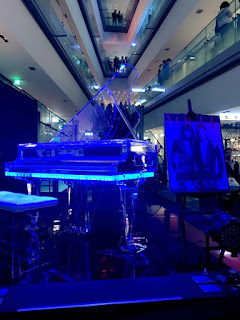 We arrived in Omotesando Hills and I realized I haven't actually been here before. The architecture reminds me of the interior of one of places I was at on my Las Vegas trip. While I was just mentioning this to Katie, a couple of tourists said the same thing. We que-ed for more photos and I think we might have seen the Marshmallow Prince walking around. 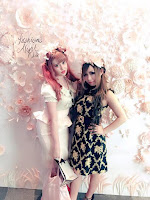 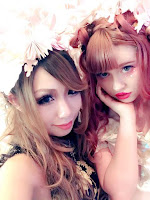 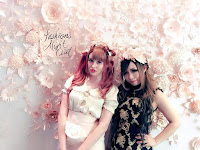 Later that night our group dwindled down to Katie, Ashley, Victor and I as we looked for a place to grab some food and drink. The que for a table was a little too long and Victor unfortunately had to go home. Over dinner and drinks Katie and I really bonded with Ashley. It's really nice to make a new friend.

In Japan, as a gaijin, it's really important to have friends as your family is so far a way, your friends become like your family. Unfortunately, the J-fashion community can sometimes be face-lessly riddled with negative people who's insecurity drives the need to bring others down so I can see why a lot people can feel discouraged to reach out. Ultimately, I think it would be nice if the community were to become more united as we all have similar interests and all struggle the gaijin in Japan struggle. Perhaps uniting the community could a new goal?

Haru-rin
My style of blogging is like a journal. I record my memories kind of like a story book. This is made for close friends and myself to look back on and anyone who may be interested in reading. It is not however intended as self-promotion, company promotion nor trying to prove any specific point.